Why the debate over Zaha Hadid’s new national Stadium in Tokyo is significant topic for architectural discourse ? 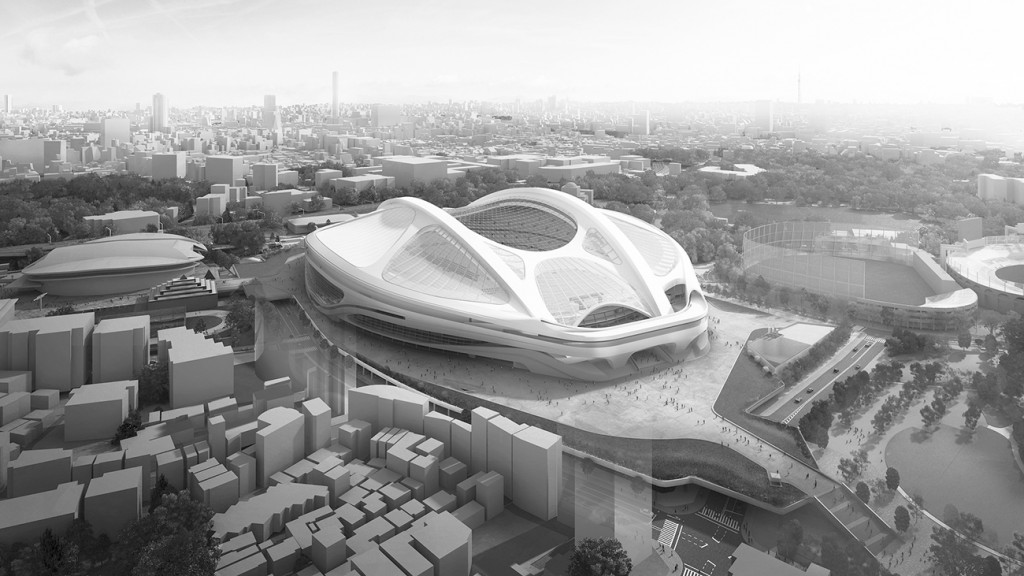 First of all, let’s put everything together. On one side, we have the well-known Iraqi-British architect Zaha Hadid who won the competition for the Olympic stadium in Tokyo for the 2016 games. On the other side, we have a large part of the community leagued with engaged Japanese architects opposed to this “intergalactic bike helmet”2 located right into a 100 years old park, built to commemorate the Meiji emperor who “dragged the isolated country into the modern world”2, according to the Guardian.

Those facts taken for granted, we can quote Jacques Herzog saying that “Olympic stadium are a complete non-sens”1 while he was defending his project the “tour triangle” at the pavilion de l’arsenal. For that matter, his firm did design the Olympic stadium in Beijing for the Olympics in 2008. So we could ask ourselves why he was highly criticizing something he’s been a part of. Maybe because, above all others, he is well placed to know exactly why such a construction is an aberration. His experience might have taught him that despite the tremendous cost, an Olympic stadium as well as any Olympic facilities are ephemeral and hardly convertible into something else.

However, the debate should be present, not only with Zaha Hadid’s Olympic stadium, but with every last one of them. Debates are essential as a political and democratic method to get to know the opinion from the people, no matter if they’re architects, users or simple citizen. Because architecture is a public matter as well, it concerns directly the inhabitants of the city. Moreover Siza was saying in his book “Imaginer l’évidence” that architects have to take people’s opinion into account without doing exactly what they want, in a way that architects are professionals. So the architect has to find a tough compromise between his own will and the individuals’ willingness.

Let’s get back to Zaha Hadid’s stadium for now. If this specific stadium raised a lot of bad critics throughout the Japanese architects all over the country and amongst the inhabitants of Tokyo, whom see it as a “Monstrosity completely out of scale with the surrounding mixed-residential environs”2, it is, nevertheless the first Olympic stadium that was canceled because of the critics. It proves that the public opinion really matters. Even though they were more concerned by its peculiar shape than the extravagant budget, which is, still according to the Guardian, “the most expensive stadium of all times”2.

Unlike the cost, the form is something that everyone can see. Even though both of them are holding intensive debates between the city, the architects and its inhabitants, the form will always be a prominent topic on top of the cost, because of its direct appreciation. Therefore, everyone should be invited to give his opinion in order to avoid dramatic architecture buildings, as it was the case in the 70’ with brutalism and post-modernism movements.