During the five years studying architecture, the final project is considered as the cornerstone of the discipline. This project reflects everything you learned and also your capacity to defend your ideas in front of professionals. The teachers give you an absolute freedom of choices. You have to choose the location, the program/use of the building and finally, how to express both formally and intellectually your ideas into the reality of the project.

But what to do with so much freedom ? I remember a lot of students were trying to experiment different unusual functions, like a crematorium, a huge suspended urban space in the center of Beirut, or a wine factory in the middle of a vineyard. The diversity  was interesting in itself. My project was way more pragmatical though. I wanted to restructure an old primary school located in Strasbourg. The first building was build in the 1920s, then every two decades a new building was added in order to extend the school. This led to a wide collage of clearly unidentifiable and disorganized architectural objects. 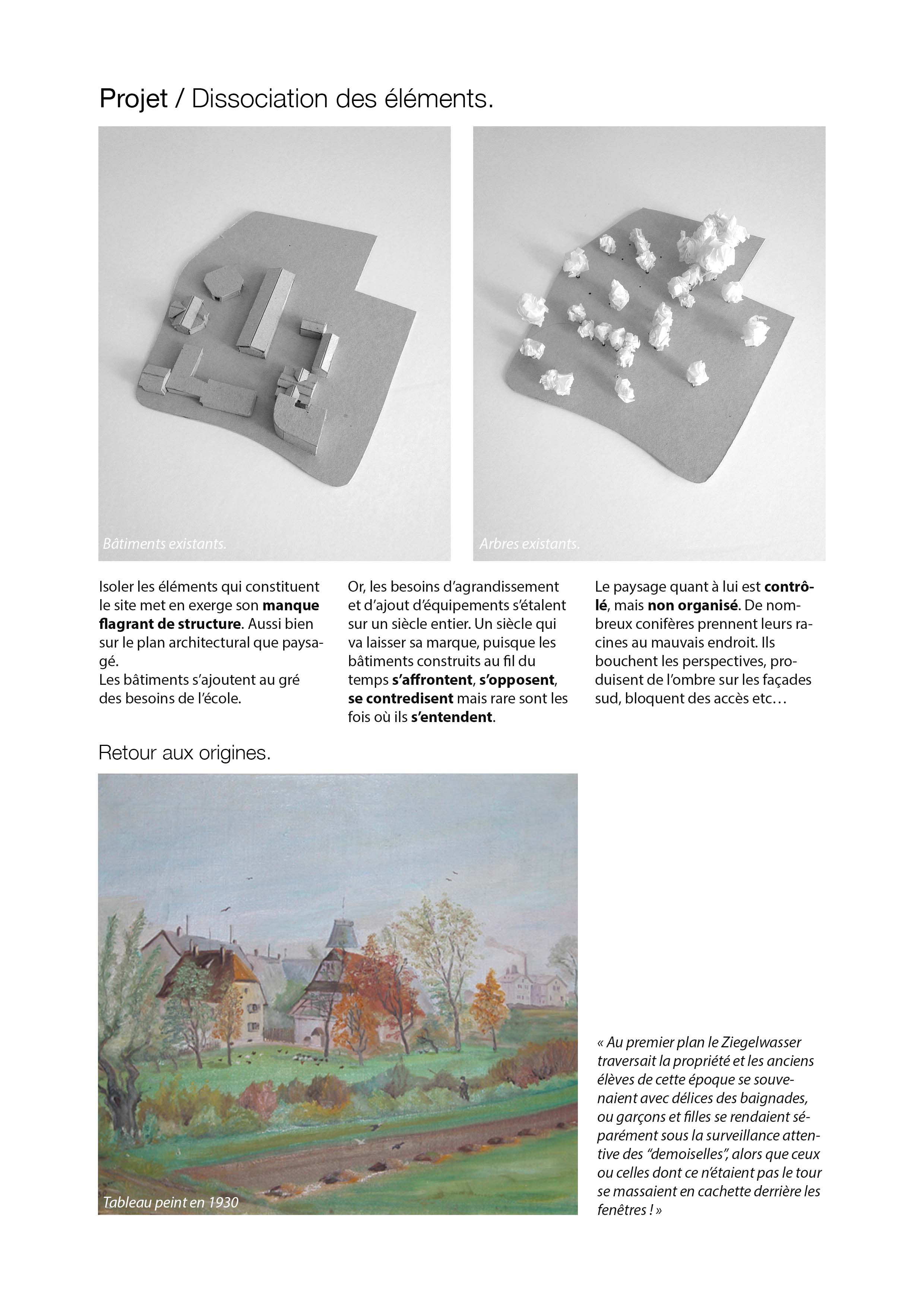 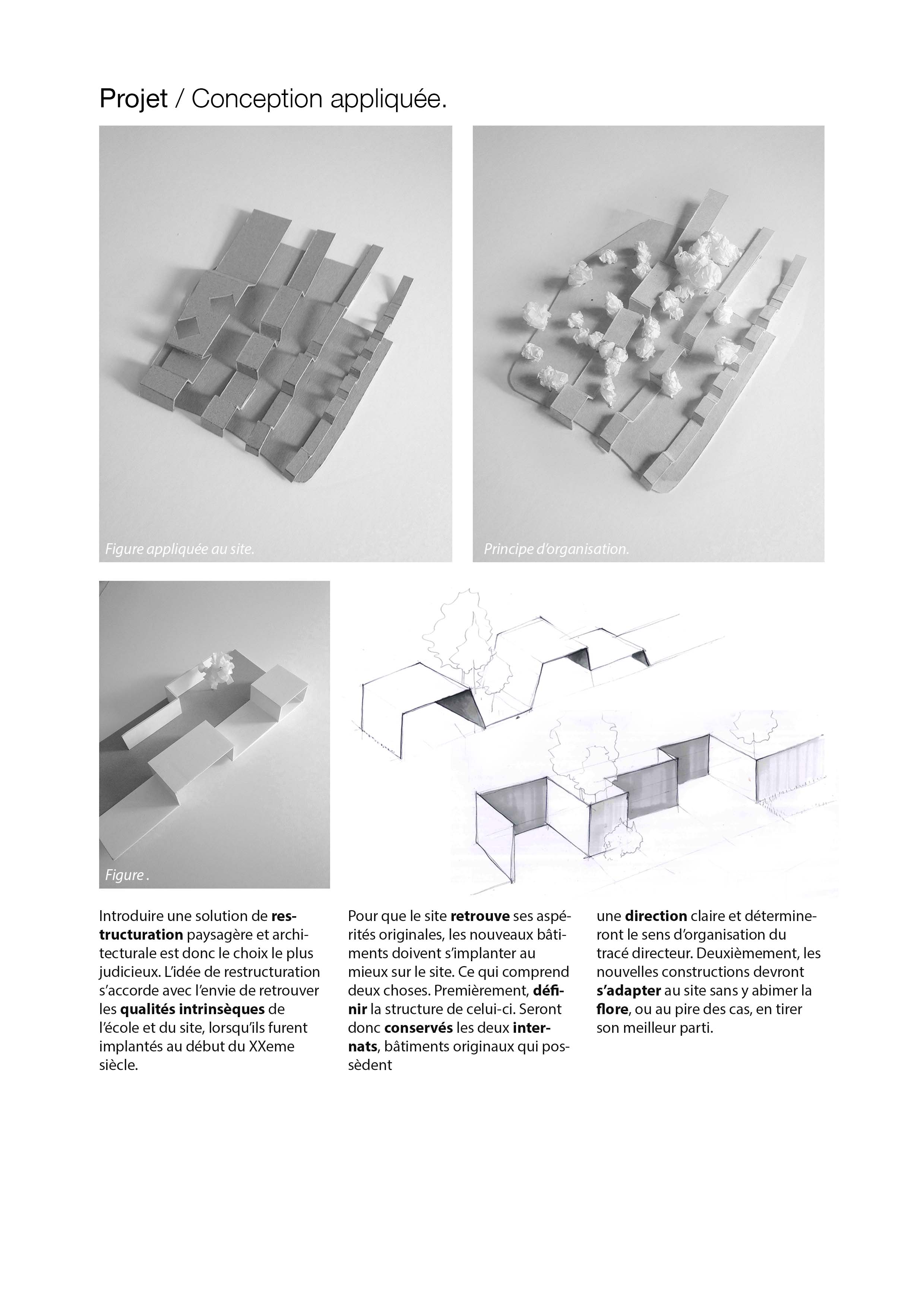 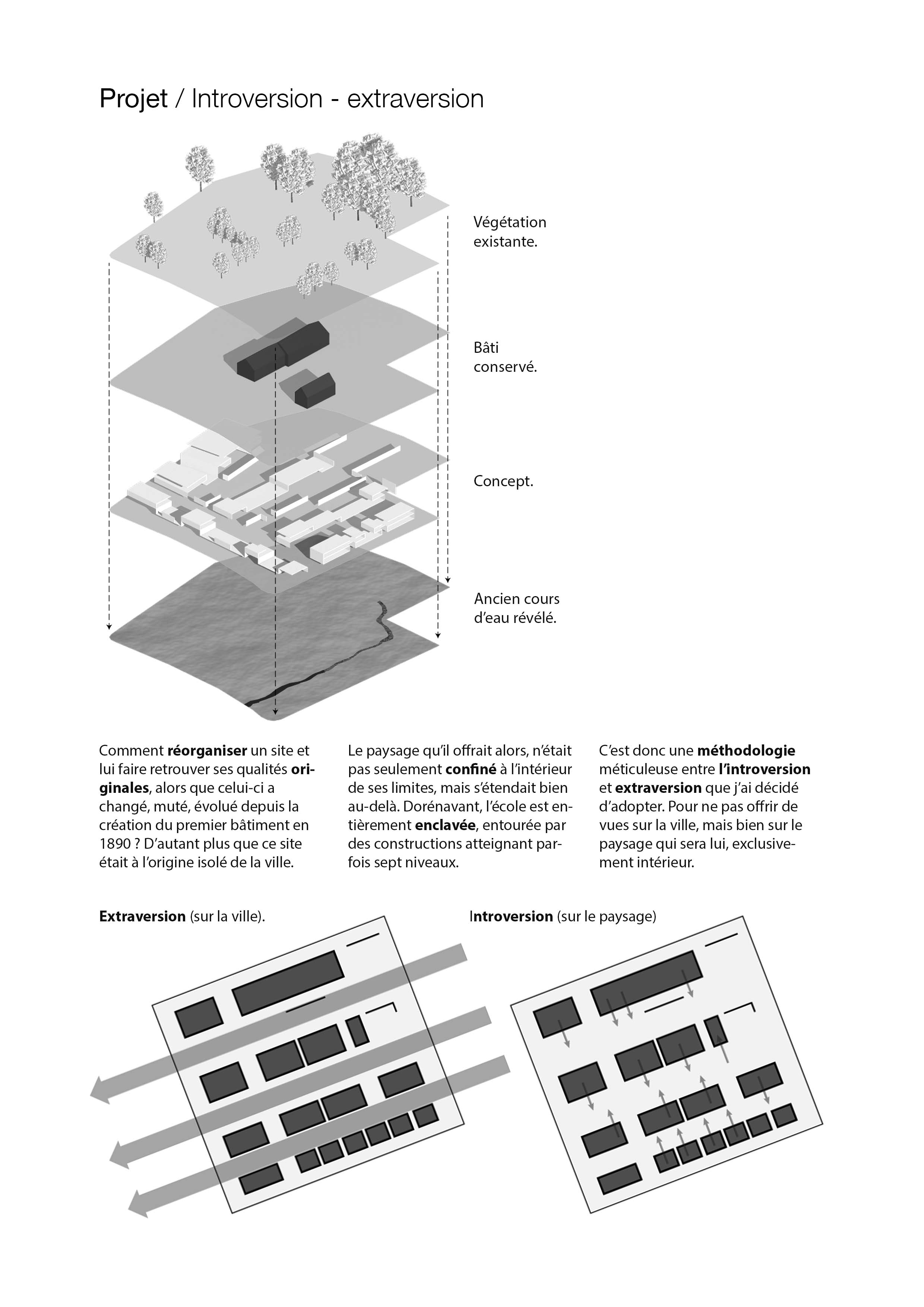 The idea was simple : keep the uncanny buildings, remove the ones that didn’t show any architectural interest. I kept two buildings in total, one was a brick building, the other one was an old house with apparent wooden beams on the facade. Both in a very good shape. The second line of thought was to keep all the existing trees and as much landscape as possible. The idea was to sew the building around it, so that the children in the school could experience a real relationship to their natural surroundings.

I wanted for everyone to feel like they’re not in a dense urban district when they enter the school, but rather in the countryside, as it actually used to be a hundred years ago. I based my whole approach on an old painting depicting the atmosphere of the place. (see above)